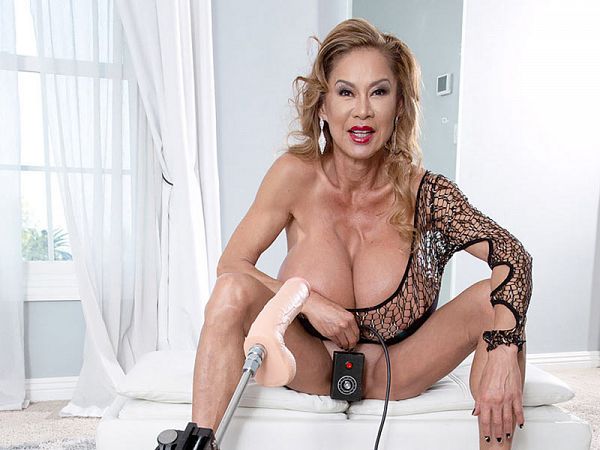 The fucking machine is already pumping when Minka walks into the bedroom. She takes one look at it and says, "Oh, my god. What is that? So big. So huge." Minka examines it, holds it in her hands and squeezes it, then puts the head in her mouth.

Minka was never a size queen so her reaction is not unexpected. She's said many times she has a very tight pussy. "With big dicks, I cannot move," Minka said. "I can fuck, but it's hard. Little dicks are much better. I love them. Having sex with a big dick is like playing three sets of tennis! My pussy is numb!"

With the controller at her side, Minka takes off her heels. She lowers her dress to expose her world-famous 44KK tits and lifts it up to show her pussy and big clit. She runs the rubber cock through her cleavage first.

See More of Minka at SCORELAND.COM!